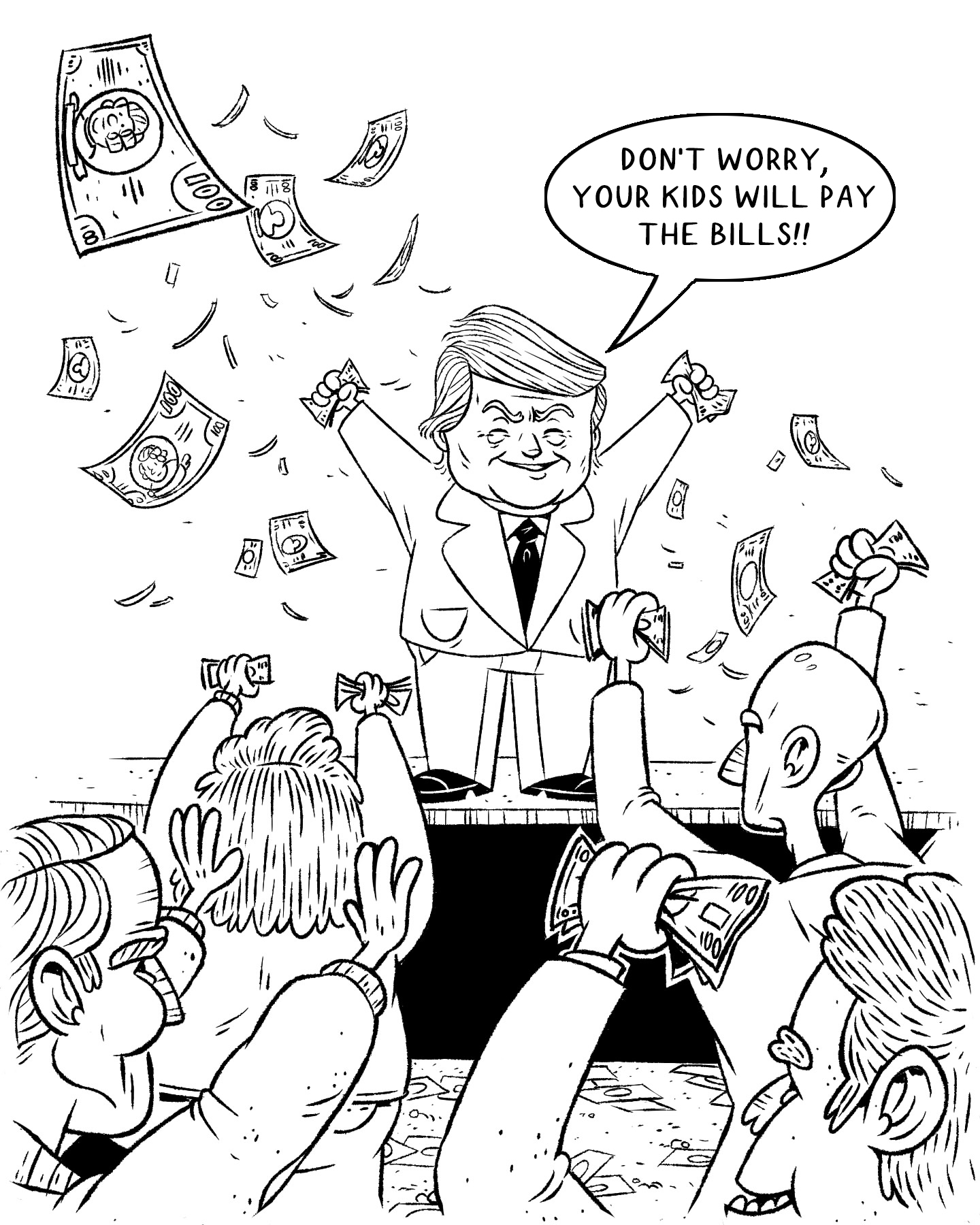 “There’s nothing like doing things with other people’s money.” President Donald Trump

March 22, 2020 – Every US president since Reagan has added hundreds of billions to the national debt compared to his predecessor. President Trump may top all the previous presidents by having an estimated annual deficit of $1 trillion by 2020 or even sooner. Congress and the White House have been living on the backs of the younger generation since 1980 by continuing to spend more than they collect in taxes. They have no plans to balance the budget, nor do they have any plans to pay back the principal on the debt. Having no intention or plans to pay the national debt is nothing less than stealing from the MI generation.

In May 2016 candidate Trump proudly claimed, “I’m the king of debt. I love debt.” As president, he has made it clear that he does not mind if deep tax cuts result in a ballooning of the national debt. He proved that by signing the Tax Cuts and Jobs Act in December 2017. During the 2016 campaign, candidate Trump bragged about using other people’s money. He said:

“It’s called OPM. I do that all the time in business. It’s called other people’s money. There’s nothing like doing things with other people’s money.” However, in this case, OPM is coming from the MI generation. The reason Congress and the White House don’t care and continue to add to the national debt is because it is not their problem. Congress’s own self-interest trumps any concerns it may have for high national debt’s detrimental impact on future generations. They will be long gone before any of the serious problems from uncontrolled national debt surface. END_OF_DOCUMENT_TOKEN_TO_BE_REPLACED

Fast forward a decade to President Obama, the anti-Cheney, who was telling George Stephanopoulos on ABC that “we don’t have an immediate crisis in terms of debt. In fact, for the next 10 years, it’s gonna be in a sustainable place.” House Speaker John Boehner, considering the President’s comments in a separate ABC interview, concurred that the crisis is not immediate. This pervasive Washington attitude is reflected in Office of Management and Budget’s 2014 projections that show the national debt haplessly climbing skyward through 2020 with no sign of coming down.
END_OF_DOCUMENT_TOKEN_TO_BE_REPLACED