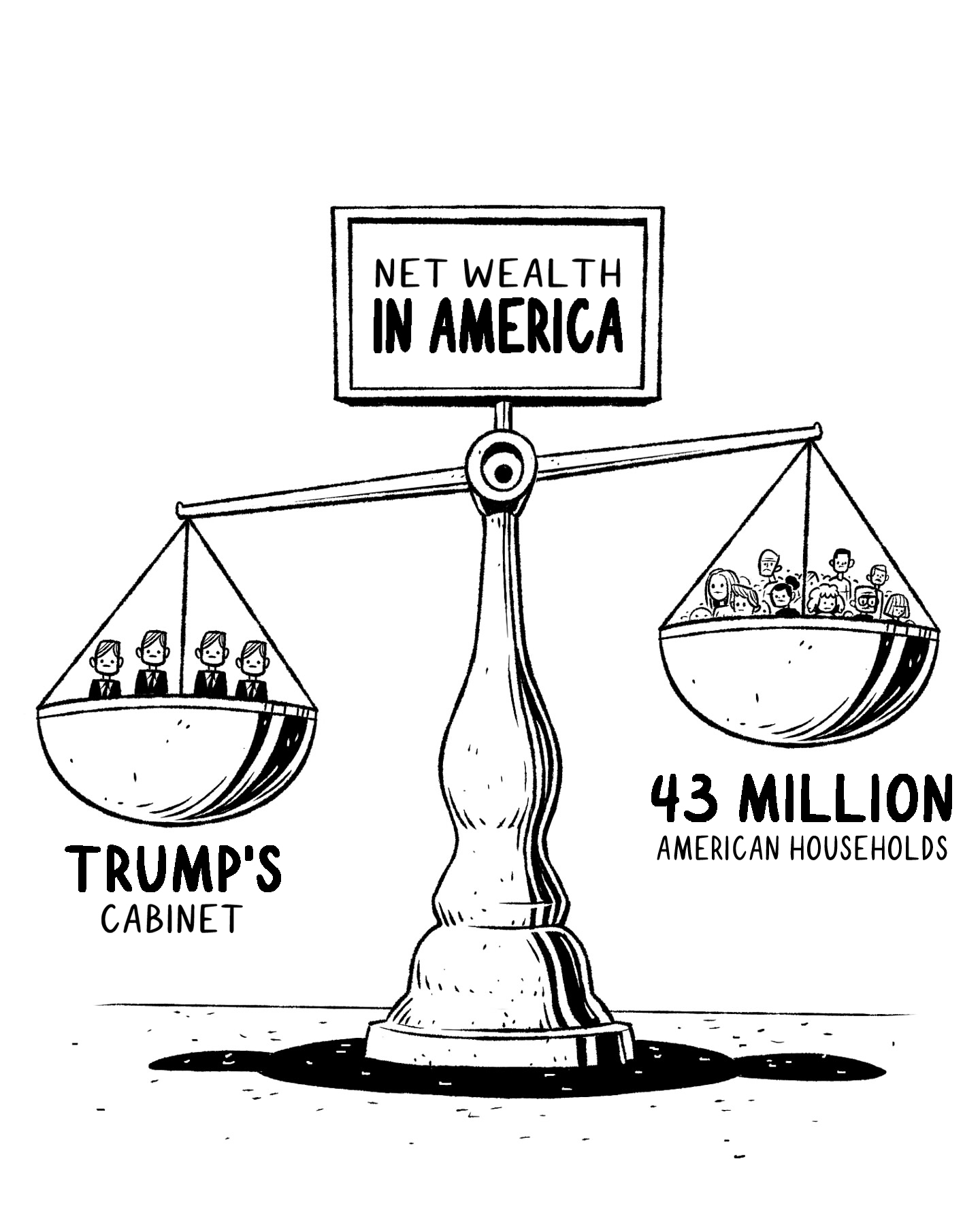 August 29, 2020 – President Trump, who is a billionaire, presides over the richest cabinet in US history. The combined net worth of the cabinet is estimated to be $9.5 billion or more. Another way of looking at it is that this cabinet of about twenty-five people is worth more than forty-three million, or one-third, of American households combined. It appears as if socialism is camouflaged as capitalism, whereby the US government is centrally controlled by a few. One can argue that the US government has turned from a government of the people, by the people, and for the people into a government of one percenters, by one percenters, and for one percenters. More than 50 percent of senators, 30 percent of congresspersons, and 75 percent of Supreme Court judges are millionaires. This does not mean that all rich people are bad or do not care about the country. The reality is that Americans face inequality everywhere, whether it is in wealth and income, gender, race, education, or even representation in government.

Wealth and income inequality have been more pronounced during the last three decades. The federal tax code is one of the key factors responsible for the rise in income and wealth inequality. Republicans believe in the top-down or trickle-down approach of providing tax breaks to the top one percenters and corporations—one of the ways to distribute money up from the middle class and the MI generation. They believe that it will spur economic growth because the more money corporations have, the more they will invest. More investments will mean more factories and more jobs. This is despite the fact that for-profit corporations are interested in making money, and they cannot make money if there is no demand for their products END_OF_DOCUMENT_TOKEN_TO_BE_REPLACED