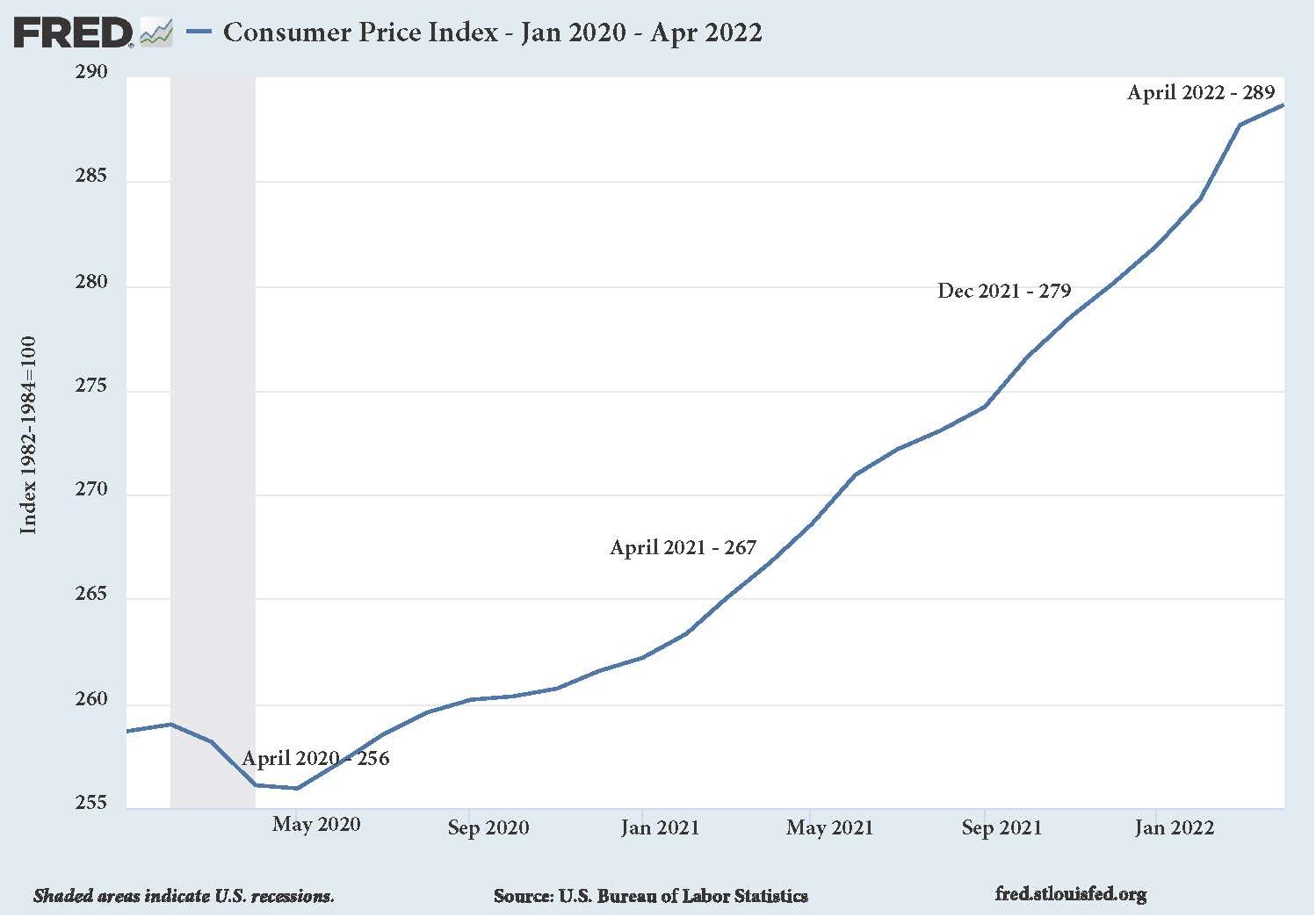 The Federal Reserve (Fed) is following the same playbook as other political entities in Washington DC. The playbook is very simple: First, to deny that there is a crisis, then acknowledge its existence once it is obvious. This follows up with the narrative that the crisis is temporary and everything is under control. Finally, there is the reaction to fix the crisis once it becomes acute and there is no way of denying its severity. Reaction starts slowly, drip by drip, hoping that the crisis will be contained. When it is too late to control the crisis then they react aggressively and take a victory lap once it is contained. 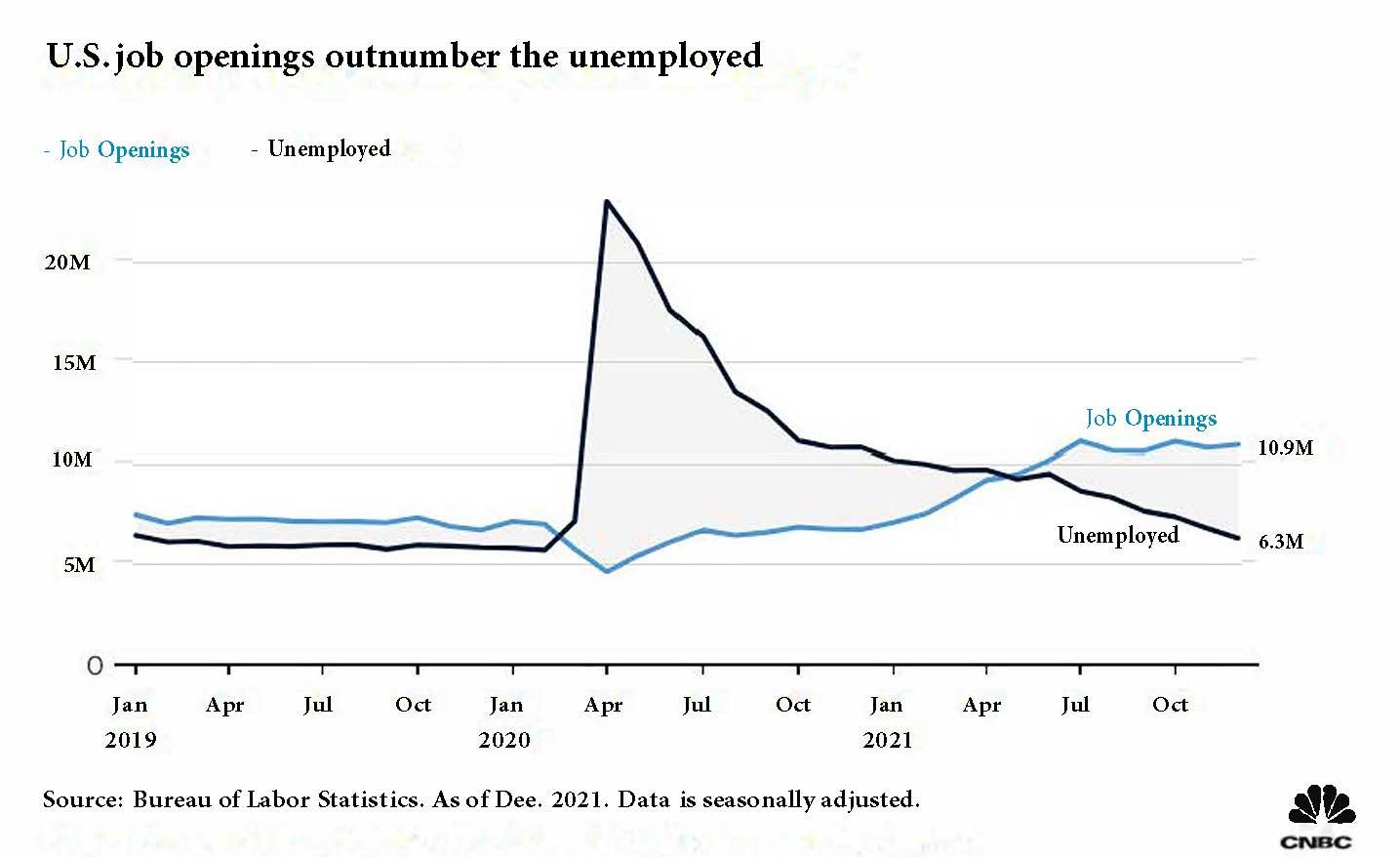 By early 2021, inflation was presented as transitory (acknowledge) implying that it will be short term (temporary) and will not be a problem. That continued well into 2021 despite indications that inflation was running at 7%, much higher than Fed’s target of 2%. Moreover, there were 4.6 million more job openings than available unemployed workers in December 2021, almost two openings for each unemployed American (Fig. 2). This Labor shortage further exacerbated the inflationary pressure.

By the end of 2021 the word ‘transitory” was “retired from the Fed’s language when data reflected that inflation was here to stay. Finally, it started to react by accepting that inflation is too high and by announcing a 50 basis point rate increase in Fed funds. This may continue with Chair Powell increasing interest rates slowly (drip-drip) and hope to contain inflation.

The Fed being a Washington animal appears to follow the Washington script to the end in wishing away inflation. If it all fails, which is the likely scenario, then it will react aggressively and continue to raise interest rates higher and higher until the inflation target of 2% is achieved. According to the Federal Reserve Forecast report of March 2022, it projected 2.8% Fed interest rates in 2023, which was 1.2% higher than its December 2021 forecast of 1.6% reflecting the Fed’s continued under-estimation of the inflation rate. Based on this trend, we should not be surprised to see mortgage rates and the prime interest rates as high as 8% to 10% over the next couple of years. Mortgage rates and prime rates (used for business loans) are generally 3% to 4% above the Fed Funds rate.

Chair Powell has been very transparent about his policy of following the data and reacting accordingly. The Fed will not lead as leaders are supposed to do by utilizing their collective experience and wisdom to stave off any potential crisis. In this case, it is inflation. It will continue the policy of drip-drip as data comes in and will prolong an economic downturn instead of acknowledging policy error. Eventually, inflation will be subdued by a continued increase in interest rates by the Fed. In the end, Chairman Powell will take the victory lap by bringing inflation under control. Washington loves victory despite failed policies. But at what cost? 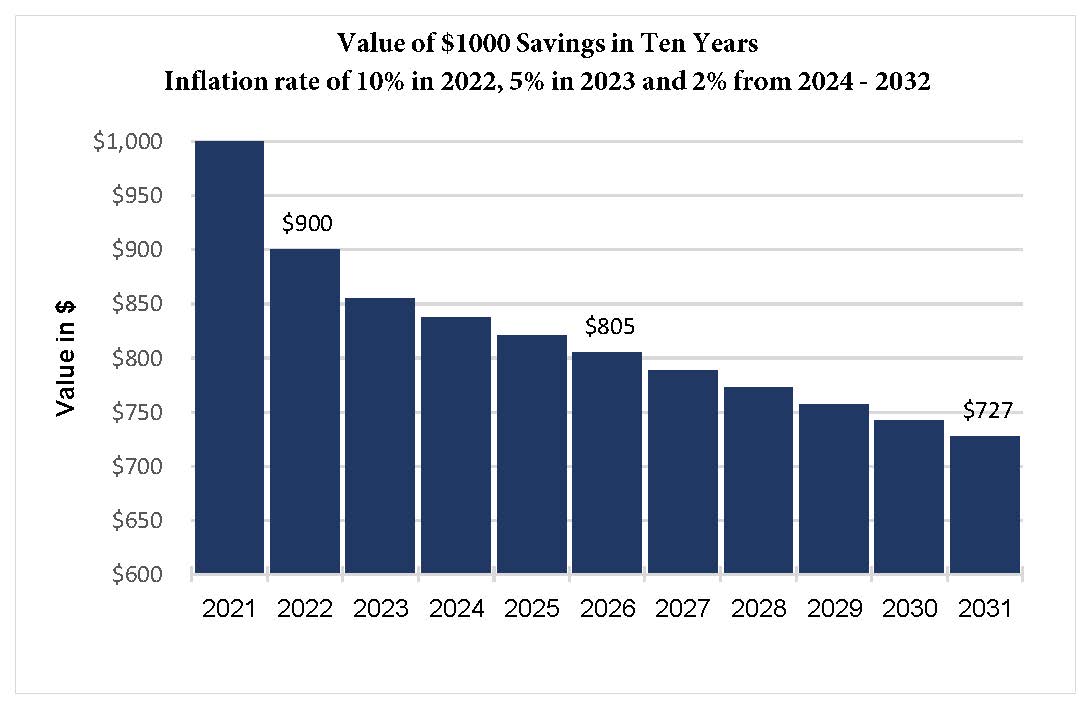 We are beginning to see the impact of that policy this year with a visit to a grocery store or a gas station. For those who like numbers, inflation was at 8.3% in April, GDP declined at 1.4% in the first quarter of 2022, and more than $7 trillion were lost in blue chip stocks during the first 5 months of 2022 and counting.

The real impact will be on working Americans who will become poorer by $100 on every $1000 of savings if inflation reaches 10%, a plausible scenario. They will continue to get poorer even if the inflation rate comes down to 2%. Simply put, inflation is the rate of increase from the previous period and is cumulative. For example, a 10% inflation in 2022 followed by 5% in 2023 and 2% in 2024 until 2031 will make Americans 25% poorer in 10 years (Fig 3).

The Fed Chair is left with two options – a hard landing which means increasing interest rates as high and as soon as possible or a slow landing by reacting to the data and slowly increasing the interest rates (drip-drip). Both options will include pain. If we are lucky, we will have a short recession. Otherwise, we are looking at financial and economic carnage with prolonged stagflation. Stagflation is generally defined as period of less economic growth and higher inflation and unemployment. There is no way around a recession if inflation has to be contained to 2% within a short period.

Bottom line is that no one really knows what lies ahead. Even Chair Powell does not seem to know as he has continued to evolve his statements from no-inflation to transitory to now Inflation is too high within a span of 18 months. There are just too many minefields to avoid higher inflation and an ensuing recession. Higher inflation could come from the demand for higher wages and labor strikes, higher food prices due to war in Ukraine, higher import costs and of course the cost of borrowing due to higher interest rates. Recession will bring its own challenges from higher unemployment, political and social unrest, bankruptcies, economic decline due to Covid-19 variants or other viruses and potential cryptocurrency crisis

One does not need to be an economist to figure out that if the Fed can control inflation by increasing interest rates, then it can also be held responsible for bringing inflation, recession, and possibly stagflation to the American people.