How many nuclear bombs does America need to feel secure? 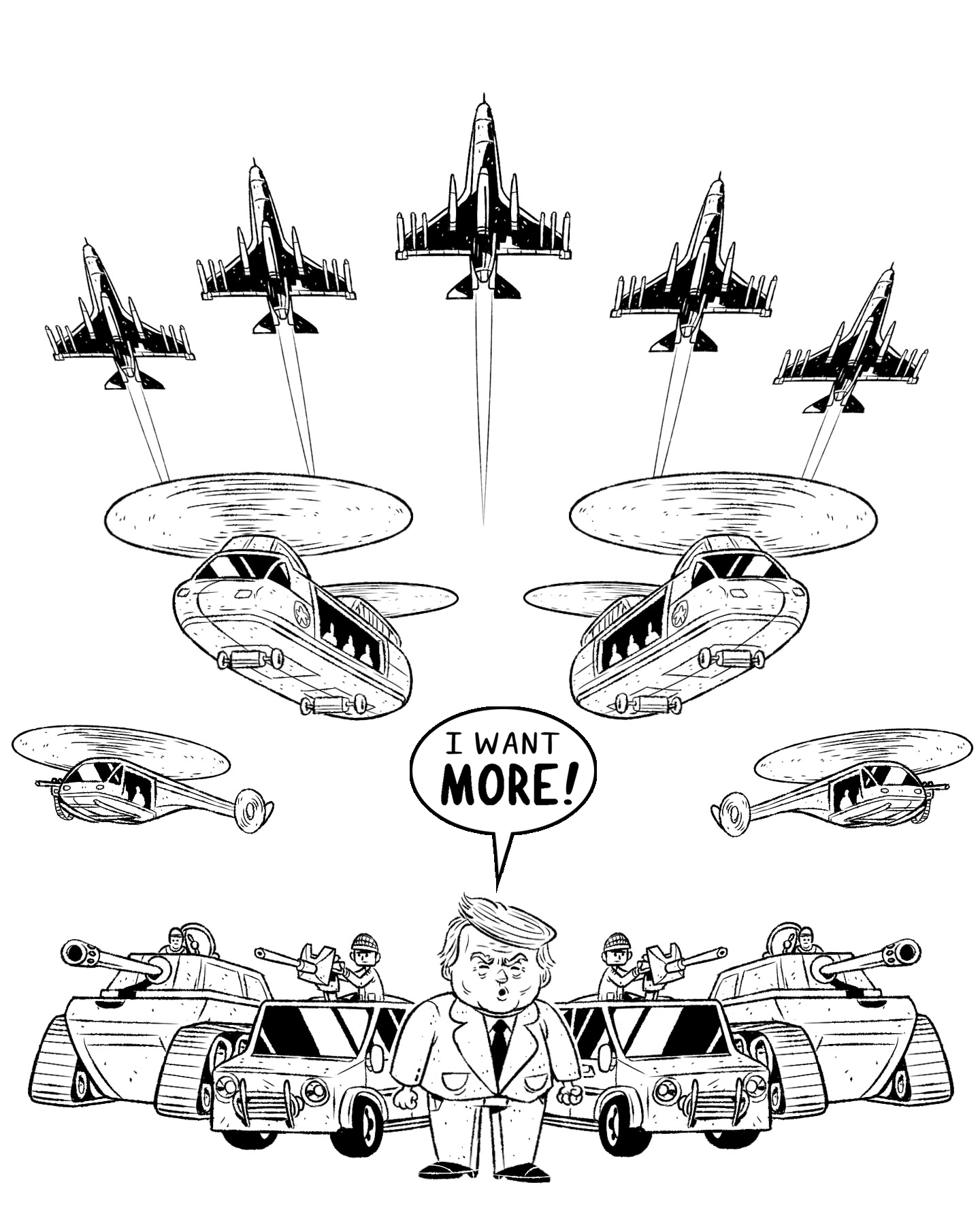 The US is the most secure nation, physically located between two oceans and friendly countries to the north and south. There is no question that the United States is a superpower unprecedented in human history. It has thousands of nuclear bombs and a powerful military force that can destroy the planet in no time. Yet, American leaders continue to tell its citizens that everyone is out to get them and that they are not safe. Furthermore, the United States ended up with an insecure president in 2016. Speaking of insecurity, American leaders continue to remind everyone how powerful America is, even though the rest of the world knows that.

American soldiers, mostly from the MI generation, have been sent all over the world to fight wars that are perpetuated by the Beltway Beast to profit a few—creating more enemies and making more Americans feel insecure. As in previous conflicts, American leaders continue to send mostly members of the MI generation to fight unwinnable wars to give the American public an illusion of security. Over a third of enlisted US military personnel are racial minorities and almost 72% of Active Duty military personnel are millennials.

Every day, Americans are being reminded of their physical insecurity when visiting an airport, a high-rise building, or government office with X-ray security checks at the entrance. They find cameras at virtually every street crossing in large metropolitan cities. Politicians and media pundits on television and social media elevate smaller countries, such as North Korea and Iran, and their leaders as being threats to the United States.

But nobody appears to be asking the following basic question:

Why is every small country or group a threat to the United States but not to Russia, China, or India? More

Asking large corporations, which are in business to make money, to pay additional wages is like asking them to be saints. Government mandates do not have a major impact on large corporations, since they will figure out a way around them. After all, they can rent lawmakers; one former senator famously declared, “My vote can’t be bought, but it can be rented.” On the other hand, politicians do not pay anything from their pockets either. They will just give the money to one group and take it from another, but not from the special-interest groups that finance their campaigns. END_OF_DOCUMENT_TOKEN_TO_BE_REPLACED

And so, Munir Moon succinctly states the purpose for his excellent, thoughtful book. There is a bit of a trend recently in books that look to re-invent the clearly flawed political systems in the Western democracies. (You may disagree with that statement, or at least the latter part of it, but do keep reading.) As I write this review, the number one best-seller in the UK is Russell Brand’s Revolution. Brand calls for a boycott of all established institutions, including a refusal to cast votes in elections contested among elite parties. So in many ways, both Moon and Brand are coming from the same place while heading in only slightly different directions. END_OF_DOCUMENT_TOKEN_TO_BE_REPLACED